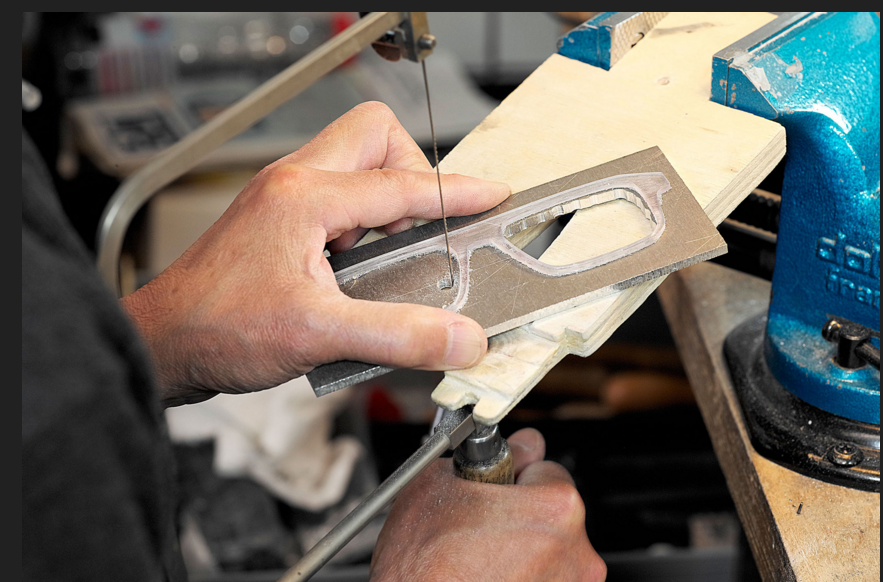 Philippe Starck’s Latest Eyewear Collection Is More Futuristic Than Ever

Philippe Starck is telling me about how he doesn’t like nightclubs.

That’s right. The acclaimed French designer who outfitted the famous Parisian clubs La Main Bleue and Les Bains Douches—essentially the Studio 54 of Paris—doesn’t like going out.

Starck works on from 200 to 250 projects a year. “Creativity is mainly the management of concentration. And my level of concentration is at the highest level you can get,” he says.

“Even when I designed them, I never went to them,” he says. “I would never want people to see my wife and I in trendy places like that. We prefer to live simply, like monks. We’re boring.”

Well, that might be a stretch. The man is wearing neon, tie-dyed, track pants to this interview, after all, on a four-hour layover between continents. During 40-plus years in design, Starck has been called many things—innovative, verbose, self-confident—but probably not boring.

We meet at his usual suite at the Mercer Hotel in New York. (He has a residence in the neighboring SoHo, one of many he keeps sprinkled around the world.) Naturally, Starck has a lot to say. In fact, he kind of talks at me—essentially interviewing himself—for about an hour.

We’ve met to discuss his eyewear line, which—unbeknownst to many—has been around for nearly 20 years. His newest collection, Resort 2016, will mark a new direction for the designer and the Starck Eyes brand, which aims to target the more evolved, fashion-conscious male consumer interested in the intersection of technology and style. The frames, generally slim, are now available in the thinnest acetate frames ever, as well as in larger, youthful styles. Masculine square shapes, with a retro bent, put the frames in a luxury design category populated by such eyewear brands as Tom Ford and Persol.

“When designing them, we have to imagine all the different people who will wear them and how they will fit them. It’s all in the small details and adjustments,” Starck proclaims. “Somebody once said ‘God is in the details.’ I don’t believe in God, but it’s true: There is magic in the details—a belief I shared with the late Steve Jobs.”

The new collection also features a capsule of styles designed exclusively in a material called Gravity, a 100-percent recyclable high-tech polymer that is utilized in industries such as aeronautical—as both an ultra-lightweight (yet equally as strong) replacement for steel and to help isolate parts of reactors due to its resistance to high temperatures. It is also scratch-resistant and nonallergenic, making it useful in the medical field for things like dental and backbone prosthesis.

“I am the son of a famous airplane engineer, so I grew up in the idea of real invention,” he says. “So everything I make—from rockets to motorcycles to chairs—is with the most extreme, I hope, intelligence and purpose. I think it’s ridiculous to make something which is useless just because of the way it looks. That is the worst thing that could exist.”

Although Starck has dabbled in various fashion projects over the years—including collaborations with Ballantyne and Puma—he admits to being anti-fashion. “I am not a fashion designer; that does not interest me,” he says. “I am not obliged to just make fancy designs and trends.”

That’s why, he explains, it took him so long to agree to design a line of eyewear. “I was approached for many years, but I thought: Why should I design new glasses? It is a temporary product. In 15 years, no one will be wearing glasses. If I am going to make something, I need to be able to bring something structurally new to it.”

Enter his friend Alain Mikli—a designer known for technological expertise. They founded Starck Eyes in 1996 with the idea of bionism as the foundation of the product. (According to Starck, “Bionism means finding inspiration in living matter to design technology better suited to humans.”) Together, they have striven to make the world’s most advanced, durable, and elegant frames. “I didn’t want to just be the next best thing,” Starck explains. “I aimed to create a structural, modern product with one of the most modern parameters: longevity.”

He describes the collection as “timelessly timeless,” noting how it’s one of the world’s only eyewear brands that does not rely on a logo to sell. “Our collection is not for the person who is addicted to the bling, bling and wants to be seen from 20 meters away,” he says. “Starck Eyes is discreet, it’s philosophical and high-tech.” He notes that the unique, 360-degree, multidirectional hinges—called Biolink—are the glasses’ more notable and constant feature.

In the beginning, the company spent so much money on research that it didn’t have money left to communicate and spread the brand’s message. “It was interesting to see how it was going to grow, with its own reason, its own logic, its own honesty. And the result is very simple: We became remarkable because of our design. We’re sophisticated and timeless, and people appreciate that. Nothing has changed. We have just improved.”

Continues Starck, “I am so happy that today, there is enough intelligent people to make a brand based on intelligence and purpose, growing organically as it has. It’s not a brand that grew because I am on Twitter every night, or with my small dog in a club.” 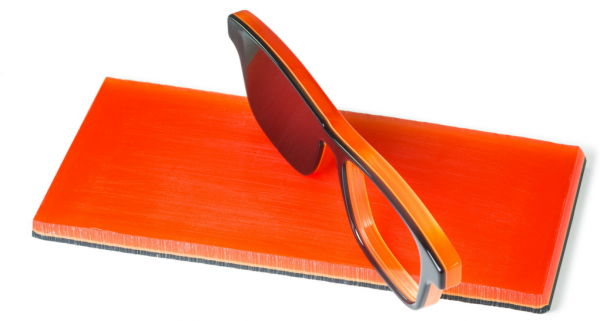 Every model of Starck Eyes glasses , such as this acetate frame, is refined for two, three, sometimes four years, according to Starck.

Exclusive Interview with the Founders of Movitra Spectacle 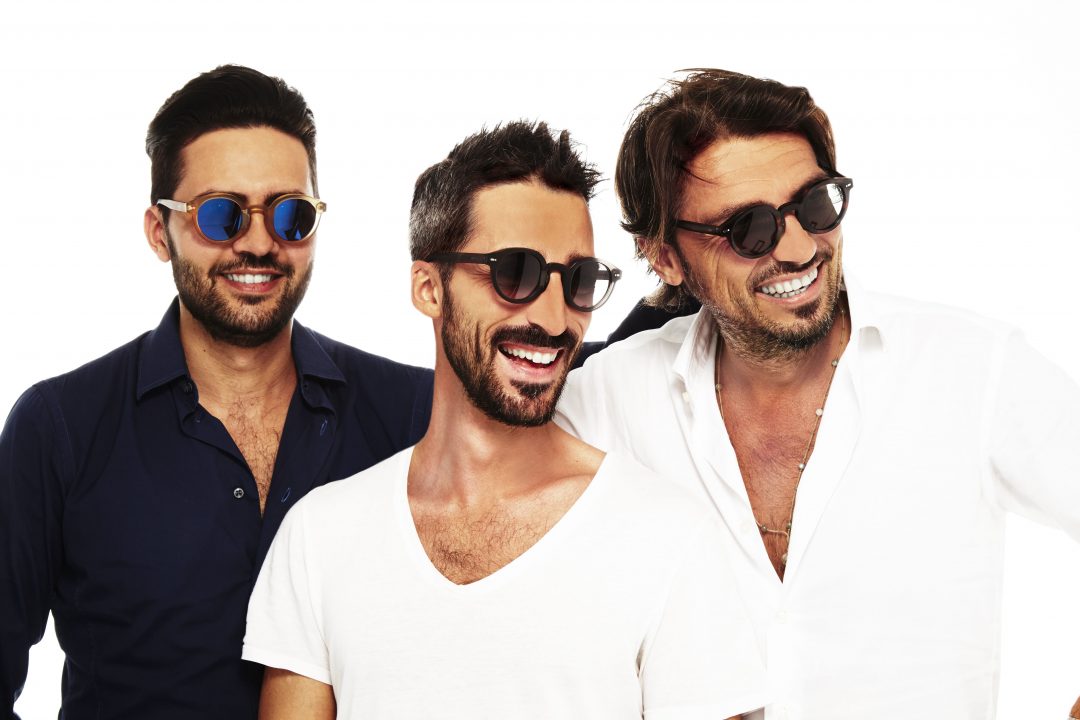 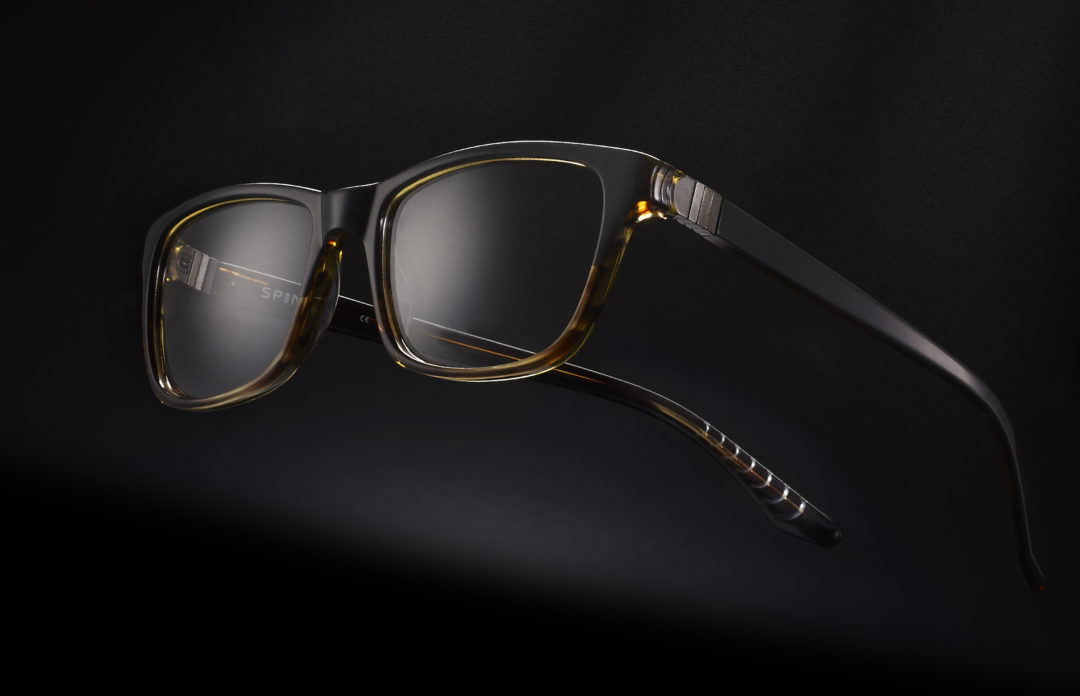